But officials with the Anglers Choice Team Trail asked them a week ago if they could step in as alternates after another duo that did qualify couldn’t attend. Samples and Purcell made the most of the opportunity and won the Team Championship with a two-day total of 10 bass that weighed 42 pounds, 10 ounces.

Samples and Purcell outlasted a field of 197 teams from 35 states and three foreign countries to earn the win. That number included 14 fishing teams that finished ahead of Samples and Purcell in the Anglers Choice yearly standings.

Samples lives in South Boston, Va., and Purcell hails from just across the border in Townsville, N.C. They won a Nitro Z20 and Mercury 225 Pro XS boat/motor combo valued at $42,000 with their improbable victory.

“Everything just went wrong for us at the beginning of the year, until we pulled it together,” Samples said about their season on the Anglers Choice circuit. “I fell in the water in the first tournament of the year at Smith Mountain Lake. It was 46 degree water. It cost us $5,000. We had a monkey on our back until late spawn, and then we buttoned it up. We won a tournament a couple of weeks ago, and now here we are — winning the Bassmaster Team Championship.”

Samples and Purcell were in second place after Day 1 of the tournament with a five-bass limit that weighed 21-9. They were almost as good today, with a 21-1 limit of five bass. 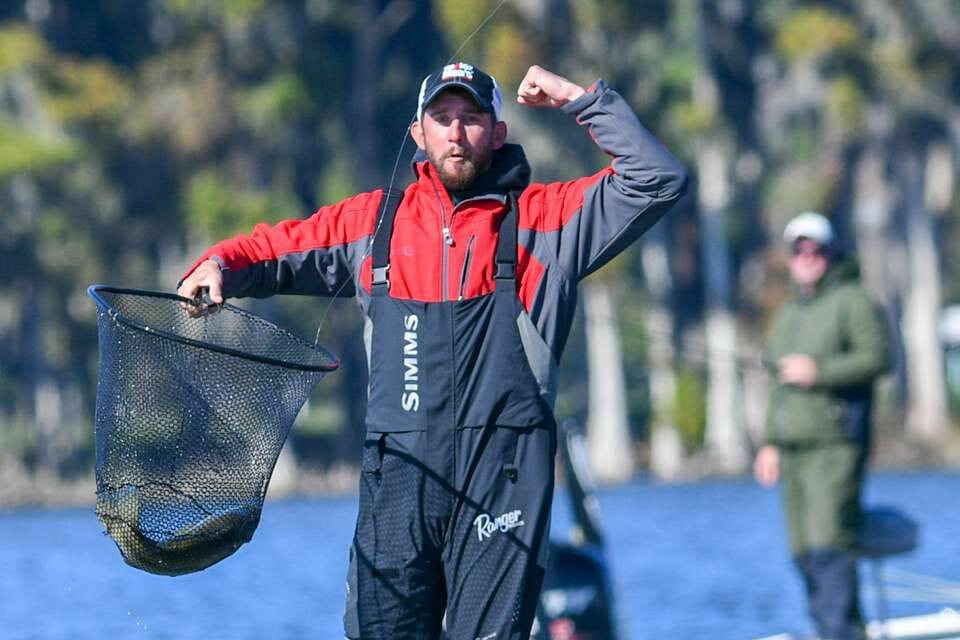 “We found a spot in practice that I told (Purcell) was going to be a 30-pound hole,” Samples said. “Every fish we weighed came from (within 75 yards) of that hole. The bite started about 10 o’clock and ended about 11:30 a.m. In that hour and a half, there was a flurry.”

“We worked hard for this all year,” Purcell said. “Everything that could go wrong did, until we pulled it together. This is an incredible feeling.”

Matthew Robertson and Wendell Anderson, who are part of the Kentucky Bass Nation Team Trail, had the big bag of the tournament — a whopping 29-1 limit today that helped them finish second with 40-1 overall. It also earned them $14,800 in cash to split.

Those Top 3 duos now will be separated, and the six anglers will compete individually in the Classic Fish-Off to be held Friday and Saturday on the Harris Chain. All weights were zeroed after the Team Championship ended today, and the angler with the heaviest overall weight in the two-day Fish-Off will earn the 52nd and final berth in the 2019 Bassmaster Classic presented by DICK’S Sporting Goods. 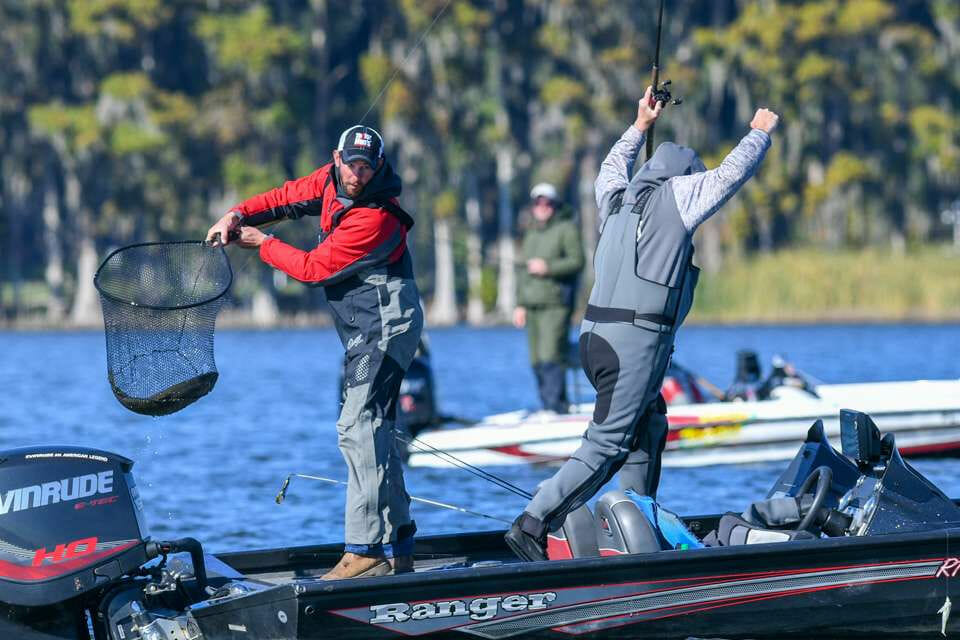 This year’s Classic will be held March 15-17 in Knoxville, Tenn.

Though they trailed the winners by nearly 3 pounds, Robertson and Anderson were the talk of the tournament after their tremendous 29-1 limit. They were tied for 59th after Day 1 and actually were in 85th place when they came to the scales at Ski Beach Park today.

Then the Kentuckians began hoisting Florida-strain largemouth that caused everyone to take notice. The biggest of the bunch weighed 6-12, and there were two more 6-pounders and a pair of 4-pounders in their sack.

“We just kind of hopped around and we came across something about midday,” Robertson said, taking care to not divulge too much information since he’ll fish again Friday and Saturday.

“We had some boat trouble yesterday and missed about three hours of fishing. We had a full day today and things went right. I’m doing something a little different, and not listening to what people say you should be doing.” 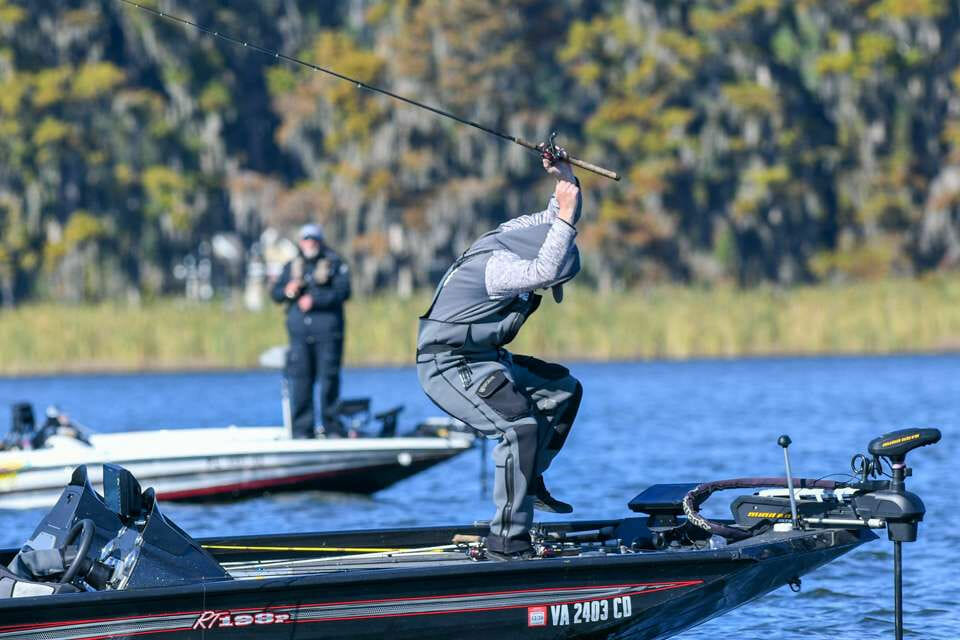 Dysart and Copenhagen overcame motor trouble of their own on Wednesday and still managed a limit of 19-2. They followed with a 20-13 limit on Thursday to slip into third place by a mere 6 ounces over Eddie Levin and Ryan Mallory of the Ohio Bass Nation Team Trail.

Levin and Mallory were fourth overall with 39-9 and they earned $8,000. Nevada’s Aaron Leon and Timothy Klinger of the Ultimate Bass Team Trail placed fifth with 36-8 and won $6,000.

Two bass caught today weighed more than 8 pounds and qualified for the Florida TrophyCatch program. Illinois’ Luke Estel of the U.S. Anglers Choice Team caught a 9-5 lunker that was worth $500 as the heaviest bass of the day. Matt Gorham of the West Michigan Team Trail caught an 8-6.

The six anglers who advanced to the Classic Fish-Off will take off Friday and Saturday at 6:45 a.m. ET from Ski Beach Park in Leesburg. Weigh-in is scheduled for 2:45 p.m. both days at the same location.

The Greater Orlando Sports Commission is hosting the tournament with the assistance of Florida’s Lake County.