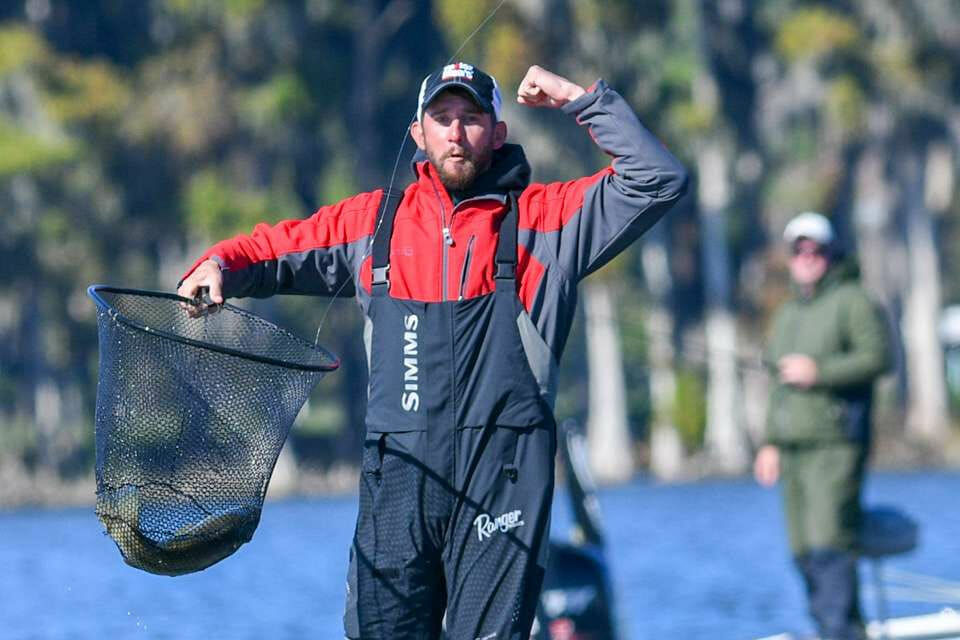 I was about 7 years old when I first started fishing with my grandpa on our family owned farm pond. I can remember sitting out all day filling a bucket with brim and bass and then sitting at home with a spoon scaling them for super. That’s when my passion for the outdoors started. Growing up we as teenagers would be fishing every chance we could get. I can actually recall throwing rocks into the pond to break open the ice, just to get a line wet. After attending college at Ferrum, Virginia; and obtained my bachelor’s in Environmental Science I started my career as an Water Plant operator in my home town of South Boston, Virginia. I bought my first boat which was a 14 ft aluminum flat bottom with an 9.8 Mercury in 2007. Since then the passion has grown(so has the boat) and where we would just “fun fish” as teenagers grew into a competition as well.

I first started tournament fishing with my uncle. He was very competitive and I learned very quickly that this type of fishing although fun, was much more. Fishing the club tournaments with him and winning several in our first year sought me to want to compete on a much larger level. I saw the big sticks, saw the post on social media, watched every Bassmaster tournament and told myself “If I want it, I can have it.” I started fishing some larger thrown tournaments against the best fisherman on our home lake, Buggs Island(Kerr Lake).

Won several, and finished in the top during the majority of the events. I then started to fish in the Angler Choice tournaments which took me to new bodies of water and taught me what I needed to know on how to break down areas never seen in person; helping was my knowledge of fish habits and movements along with hatch studies I am still currently studying. My first major tournament away from my home lake was in Arkansas on North Fork Lake competing in the Bassmaster Team Championship. I showed up December 2017 with my paper map I had bought at the local store and studied the lake and river system. I circled about 15 areas and headed out fishing. Catching a fish at almost every location. I only managed top 50 in that tournament but knew the mistakes I had made and learned from it. The following spring fishing the BASS Nation of Virginia Championship, I blew the socks off the competition on day two closing a four pound deficit and wining the title by over four pounds. Most recently in the second attempt of the Bassmaster Team Championship on the Harris Chain in Florida, my partner and I managed to take home the win, successfully beating out 197 other anglers. In that tournament we found one key spot with two ditches from deeper water intersecting at a grass bed. Day one we caught all the fish on my confidence bait, and not only a jig but a Taylor Man Jig. With that being said Taylor Man and I created our friendship back in fall of 2012.

I was a new angler buying up all the baits in the magazines and articles. Watching what every one else was throwing on tv and duplicating it. Soon and vey soon you find out how much you can spend in tackle, in a very short amount of time. I told myself this needs to pay for itself and the only way to do that is take a bait that I can use year around, learn it, study it, and make it work. In doing this I choose the jig. There is a time when other lures will outcompete them but for over the past several years I leaned that “I catch better quality and usually win when that jig was in my hand.” So by doing hatch studies on craw fish along with trial and error, I have learned how, when, and why to adjust the bait by things such as, switching colors on my craw pattern, when to throw rattles vs no rattles, and when to trim the skirt or leave that bulk. By doing this I have cut my expenses down tremendously in tackle and as the results show improved my fishing.

Working with Taylor Man Custom Lures during this process has not only given the results I was looking for but also a partnership in which I would call “a blessing.” Together we have both learned a vast amount from each other and without them on my side, there willingness to listen and adapt there color patterns and even designs, I wouldn’t be where I am today.” After looking back at our win on Lake Harris and seeing the pictures and remembering how everything went down I can say that even though this sport has its fierce moments it’s also humbling to know that there are people out there other then family who have faith in your dreams as well. 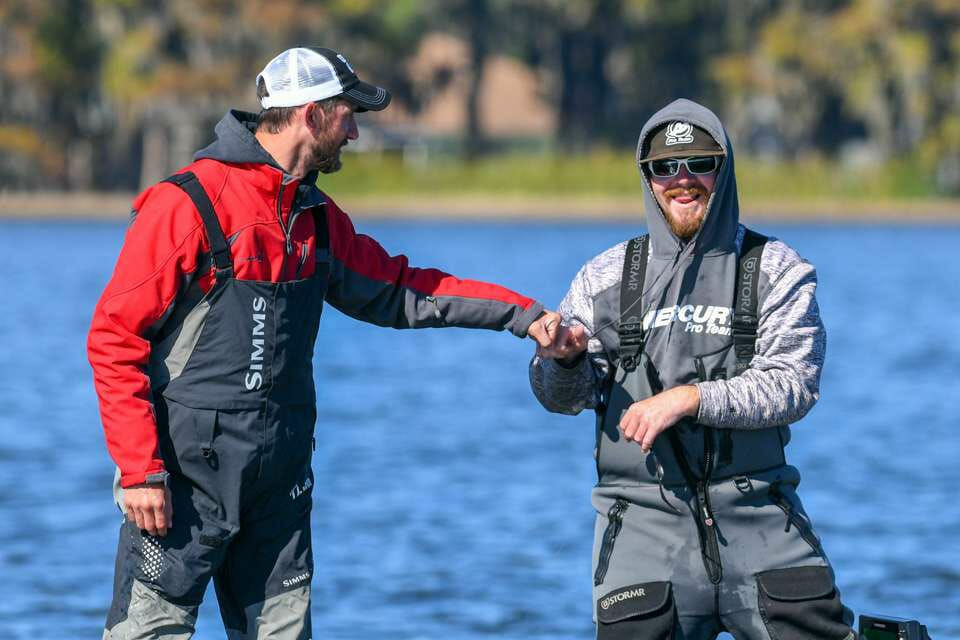 I can remember catching catfish in a small creek when I was still in a baby stroller. I’ve been bass fishing for roughly 16 years. With me being only 24 years old, I’ve been fishing more than half of my life. In 2008 I started fishing tournaments and really got into it. I was lucky enough to have someone take the time to teach me the ins and outs of tournament fishing(Dennie Gilbert) and we won the first two tournaments we ever fished. (Randy Joyce’s Buggs Island Team tournaments) I’ve been hooked ever since. I’ve had several good tournaments throughout the years with my biggest accomplishment coming this past year, the BassMaster team championship. I hope to expand out of the Virginia, Carolina area this year and fish some different lakes.

I won a two day classic out the back of the boat before I ever had one in 2010. I won the two day in 2017, came in second in 2016. And two seconds and 1 third place in the BassMaster weekend series.